"The Model 480 modular combat shotgun was designed to be a highly configurable pump-action for military personnel. While it lacks a rapid fire rate and armor piercing capabilities, the firepower of the weapon is enough to compensate. Cascade Technologies created the weapon in 1973, and operators have adopted the 480 MCS because of its high configurability and versatility."
― Ingame Description

As a standard pump-action shotgun, the 480 MCS fires 12 gauge pellets that will all land roughly where the player is aiming. It fires and reloads rather slowly, but it makes up for this with its staggering power, with direct hits almost always being lethal.

Nothing strikes fear into the hearts of SWAT and operatives alike more than the fear of receiving a faceful of buckshot, and the 480 MCS accomplishes this job quite well. It packs enough power to send enemies flying, making it quite effective for dealing with one or two foes at a time. It can also be easily concealed for use in any mission if the stock is removed in favor of a short grip, allowing players to dish out surprise death at a moment's notice.

However, the 480 MCS's fire rate and reloading speed is its key weakness. It is generally too slow to deal with more than a couple opponents at a time, and it demands precision as missing will give enemies enough time to respond with their own attack. It also cannot engage targets at a distance due to the pellets immediately losing their power after a short range, limiting the weapon to close-range engagements only.

Despite these drawbacks, however, the 480 MCS's overwhelming power is a great way to deal with single targets as a direct hit will instantly defeat them before they have the chance to fire any more shots. It is an effective and affordable option for any breach or bank heist, so long as there is some long-ranged backup in the area as well.

If hostages are required or people start running, the 480 MCS will greatly benefit from the additional intimidation range granted by the

Shotgun Mastery perk, making shouts and holdups effective at a greater distance. This allows the shotgun to be useful even during a stealth heist, especially when attempting to get a no-kill bonus, since you can prevent people from raising the alarm from a good distance without shooting them.

As with all firearms, it can be useful to have

Steady Aim in order to allow the player to fire their shotgun on the move. In the case of the 480, however,

Dexterity is also required as pumping the shotgun counts as reloading and not having the perk prevents the shotgun from being fired multiple times while sprinting.

Notably, the most useful minor perk to have on the 480 MCS is

Quick Swap, which allows the weapon to reload and pump faster. Having many Quick Swaps greatly increases both the fire rate and reload speed of the shotgun, patching up its greatest weaknesses in the process. Though it requires many other perks to be skipped, this unconventional setup will grant the player a very useful edge during any loud heist. The perk

Vital Targets is also useful because it almost always decreases pellets needed to hit to score a kill; increasing effective range and making it more forgiving when near-missing.

The 480 MCS doesn't gain many benefits from mods, but there is an option to make it more concealable, which may come in handy for some missions. The rest of the choices mostly boil down to personal preference. 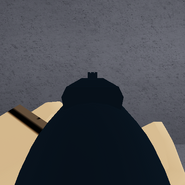 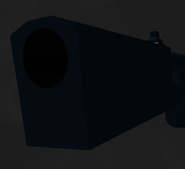 The Suppressor.
Add a photo to this gallery
Weapons (Modifications)
Pistol
UP9 - K45 -