Perks in Entry Point provide the player with a skill that either unlocks an ability or upgrades an existing ability. You get perk points by leveling up your character. Players can normally reach 75 perks at level 75, or 100 perks at level 100 with the Legends Gamepass. Perks have no effect when playing Shadow War and PvP gamemodes. 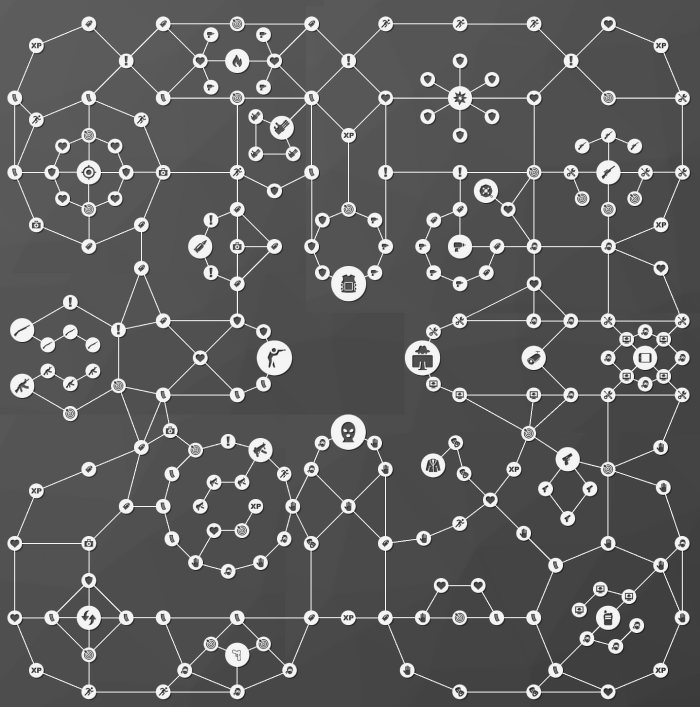 The first perk a player gets. These perks determine what actions they can do and their position on the skill tree. Each Class Perk often grants multiple highly useful class-specific actions that can be done in certain missions.

Prodigy: First perk for Hacker. Allows you to hack and unlocks the Keycard Scrambler.

The Art of the Steal: First perk for Thief. Allows you to pick locks with a Lockpick Kit, crack safes, and increases disguise effectiveness by 50%.

Combat Mastery: First perk for Mercenary. Allows you to take 2 Weapon Mastery perks, instead of 1. Health and stamina are also increased by 40%.

Demolitions Expert: First perk for Engineer. Allows you to purchase C4, disable sensors, and the speed penalty from armor is reduced by 40%.

A second class perk can be selected, changing the player's class and granting them the abilities of both classes. You cannot take a third or fourth class perk.

Surveillance State: The last camera you viewed will automatically mark people every two seconds. Additionally, you can purchase Microcams and Trackers.

Precision Drilling: You can close doors that were drilled open, and they do not appear broken from a distance.

Deception: Enables 2 radios to be answered instead of 1 without sounding the alarm.

Dexterity: Ability to run and reload with a mastered weapon.

Steady Aim: Ability to run and shoot with a mastered weapon.

Firebug: Can purchase and use Blowtorches.

These perks are effective when using their respective weapon. They also allow access to 3 Training perks, which increase the specified weapon's damage by 10% each. You can only have 1 weapon mastery at a time. Combat Mastery allows usage of 2 weapon masteries.

These perks typically appear in groups and can affect stats such as Health and Stamina, or increase the speed of certain actions.

For an in-depth analysis on stats, see Stat Interaction.