"Some people call it impractical. Sure, you'll never REALLY be able to justify a handgun of this caliber... Unless your job involves breaking and entering and casual shootouts with the police on Monday mornings. You used a model like this for years while you were freelancing, but your last Raven was stol- er... lost. But that doesn't mean this one can't perform just as well."
― Ingame Description

5
The Raven is an exclusive weapon used by the operatives in Entry Point. Players who unlocked it on April 1st, 2019, played during the 1-year anniversary, or own the Expanded Arsenal gamepass can purchase it for $13,000 and spend $150 to equip it on a mission. Otherwise, it can only be found in The Freelancer, The Financier, The SCRS, and the Shadow War gamemode. It is modeled after the iconic Desert Eagle handgun.

During April Fools 2019, players unlocked the Raven by finding it in the very last deposit box opened in The Deposit and picking it up.

During the 1-year anniversary of Entry Point, the Raven was available to all players who played the game.

The Raven is known for being a very powerful magnum. Though it is rather impractical to use due to its high recoil, it deals a large amount of damage to anyone it hits.

As one of several pistols available, the Raven differs from other weapons through sheer power alone. It requires the least amount of damage perks to defeat enemies in a single headshot, making it quite effective at preventing counterattacks with the proper build. In Shadow War, it is an excellent choice for scoring quick headshots or finishing off wounded operatives up close.

The largest weakness of the Raven is its high recoil. While aiming down the sights, rapidly firing will cause most rounds to fly well above the intended target, making follow-up shots difficult. However, this isn't the case when firing from the hip, as the Raven greatly outperforms other pistols in terms of hipfire accuracy and stability.

Those looking to flaunt their wealth or focus on uncompromising stopping power will find the perfect solution in the Raven.

To do well with the Raven one thing most players need to focus on is ensuring each and every shot eliminates their opponents. In order to accomplish this, it is ideal to take several

Vital Targets perks, as they both focus on increasing the high damage of the weapon and ensure it doesn't fall short in a heist.

Deep Pockets perks will allow you to use the Raven for a longer period of time. The

Pistol Mastery perk is a double-edged sword for most players since while the extra damage might be favorable, the main ability of the mastery, dual wielding, restricts your reliable range to tackle targets, alongside the fact that you decrease your ammo pool and increase your ammo consumption. With this, dual wielding the Raven falls short in long range however, with a fast trigger finger and lot's of damage perks, Dual Ravens can output unbelievable damage at close range, killing an Aegis Unit or Shredder in under a second, even on higher difficulties.

If you ever feel like you need your Raven to look the part for a mission, there are plenty of options available. Unlike other weapons, having custom iron sights or a laser can be quite helpful with picking up targets. Of course, there's always the stealth option as well, but you'll need to pick up some concealment perks beforehand.

The Raven also comes with several custom frames that change the color and luster of the weapon. They don't grant any tactical advantage whatsoever, but they're something to consider for when you've managed to come across a little more cash later on. 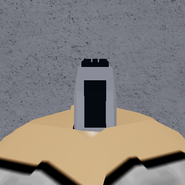 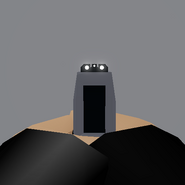 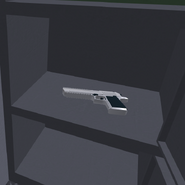 The Raven in one of the Cincinnati bank's deposit boxes. 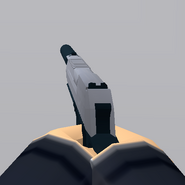 The Raven given to Rose by The Freelancer. 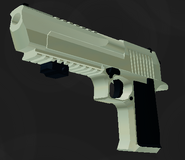 The current gold-framed Raven displayed in shooting range.
Add a photo to this gallery
Weapons (Modifications)
Pistol
UP9 - K45 -