"United Defense came under investigation after creating the UP9 in 2002. Shady business practices aside, the company created a cheap, low quality gun that quickly flooded the criminal arms market. Despite lawsuits, the weapon is still in production and its favorited by lowlifes and gangs. It may not be dependable, but it's cheap, easy to get, and easy to conceal. Good enough, right?"
― Ingame Description

4
The UP9 is one of the many weapons used by operatives in Entry Point. It costs $1,400 to purchase and $50 to deploy on a mission. Additionally, the Emergency UP9 can be deployed for $250. It comes with a suppressor.

The UP9 is about as standard as pistols get, with a cheap price tag and a low caliber. Fortunately, it is easy to handle and even easier to hide, making it a useful backup weapon and a staple for stealth missions.

The UP9 shares its ammo with the S97, which is a weapon used by at least one type of unit for every enemy you fight, allowing you to get easy ammo for it.

The UP9 appears to be cheap and ineffective at first glance, but looks can be deceiving. It may not be particularly strong in the damage department, but what it does excel at are speed and handling. With low recoil and solid magazine size, its ability to perform rapid follow-up shots is unmatched versus the other pistols.

Of course, the UP9 also has a couple of disadvantages that should be taken into account. With some of the lowest raw damage of all weapons, enemies will often not be killed with a single headshot, and this usually gives them enough time to start firing back. Range is also a critical weakness of the UP9, and when faced with snipers and distant targets, this gun isn't quite able to reach them.

With this pistol's strengths and weaknesses taken into account, it is definitely worth considering as it can be used for any stealth mission and works well as a backup to a stronger primary weapon without putting a dent in your wallet. Sometimes, the key to a huge payoff is to make a small, simple investment, and the UP9 fulfills that role far better than any other weapon.

While the UP9 is far more suited to stealth, sometimes combat can't be avoided and playing towards the weapon's strengths is the best way to gain an edge in combat. Taking

Pistol Mastery will allow you to dual wield; the massive clip size of 24+2 bullets and higher DPS will make this weapon very effective at spraying. Although ammo will be a bigger problem, it's not as bad as the other pistols considering its common ammo type.

Perks that increase damage, such as

Vital Targets, are also useful as they will reduce the number of shots needed to kill enemies and allow wooden doors to be shot open with a single bullet.

Other perks can be useful as well, but using the pistol as a primary weapon isn't the best idea as there are perks that make stealth easier or make other guns more effective.

The UP9 is capable of equipping most attachments while still maintaining concealment, so it is generally a good idea to choose a setup that reflects this. A suppressor and some simple iron sights can go a long way for this weapon. 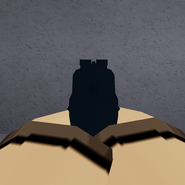 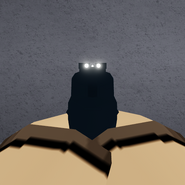 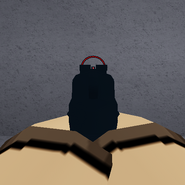 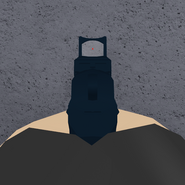 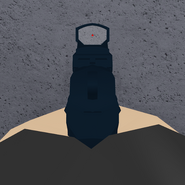