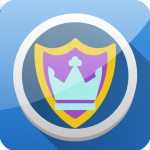 I made an entire storyline for my EP Operatives

- Trebuchet the Engineer (planned to be Technician in-game) (Male)

- Zeus the Mercenary (planned to be Commando in-game) (Male)

- Rabbit the Hacker (Planned to be Technician in-game) (Male)

- Gold Finch the Engineer (Planned to be Breacher in-game) (Female)

- Timberwolf the Mercenary (Planned to be Juggernaut in-game) (Male)

- Peregrine the Hacker (Planned to be Specialist in-game) (Female)

- Komodo the Thief (Planned to be Commando in-game) (Female)

Useless information about my operatives

- Excalibur is canon to be the shortest of the operatives at 4'10" despite being the oldest at 31 years old (as of the events of the mission "The Freelancer").

- Hades is the youngest of the operatives at 19 years old (As of the events of the mission "The Freelancer"). He began working for Halcyon at 14 years old.

- Hades is a professional Hitman speedrunner and he streams his speedruns on Twitch in his off time. His username is SketchyAkechi. (SketchyAkechi is actually my Twitch username and I don't stream so don't bother looking me up)

- In her off-time, Nix designs and creates costumes for cosplay and sometimes takes commissions. Sometimes she gets her sister Ashes to model for her so she can design her costumes with a pose in mind.

- Trebuchet made his own Rocket Trebuchet that launches 120kg projectiles up to 900m away.

- Zeus doesn't have a real name yet. (Considering making it Jupiter because I'm original like the Romans and their Roman Mythology)

- Rabbit and Peregrine are twin siblings.

- Albatross has a twin sister codenamed Shrike. (Shrike is on my friend Bunpunk's alt account)

- The name of the team that Albatross, Rabbit, Gold Finch, Timberwolf, Peregrine and Komodo are in is Feral Instinct.

- The placeholder name of the team that Ashes, Hades, Trebuchet, Excalibur, Nix and Zeus are in is H.A.T.E. (Acronym for Hades Ashes Trebuchet Excalibur).

Retrieved from "https://entry-point.fandom.com/wiki/User:KaiserAnimations?oldid=14181"
Community content is available under CC-BY-SA unless otherwise noted.